Inspired Action – What it is and how to take it! 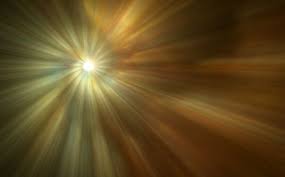 Many people believe they must take inspired action in order to accomplish their goals and dreams, or to create something in their lives. So what is inspired action and how do we recognize it and know it’s what we need to take? First, let’s define inspired action as some enterprise I undertake with the intention to create a specific new and desirable result in my life. Getting up and going to work today just as in all my past days could hardly be considered inspired action. It is simply routine action. Perhaps getting up and going to work on my day off could be considered inspired if something manifests that I embrace and would not have manifested without my taking this unorthodox, and in a sense unnecessary, action.

On the other hand, let’s suppose that I sense I will accomplish some result I’ve been wanting if I take a specific action I believe is inspired, and it doesn’t happen, would that still be considered inspired action? It seemed beforehand as if it were going to be inspired action but the results would belie that. Or what if I take some action that I feel compelled to take out of a sense of duty or obligation with no expectation of an extraordinary result, but I synchronistically end up with some great benefit, was that inspired action? What exactly is the litmus test for inspired action?  First, I believe we can only recognize inspired action after it’s been taken. I really don’t know that some action I’ve taken is inspired until I see the results. I may sense that doing this or doing that will be inspired but until the final tally is completed whether or not it was inspired won’t be known. In fact, I would go so far as to say that there really is no such thing as inspired action, in and of itself. Perhaps it can be said that there are only inspired results!

There are two things that will create inspired action or manifest inspired results, the first is purposeful actions that are outside my comfort zone, and second,a detachment from expectations about the results. The only action that can create real, desirable change in our lives is engaging in something new, something risky perhaps, some action that requires that I trust that the outcome will be beneficial even though I can’t predict with certainty what the actual results will be. Detaching from expectations and embracing whatever results that proceed from the action will give us a genuine sense that the action was inspired. The more immediate a high value reward, the more inspired the action will seem to have been. Trusting my intuition, my gut, and knowing that the universe is, as Einstein said, “friendly”, and won’t let me down, will always lead to what we could call inspired action.

The bottom line – take action! It really doesn’t matter what it is as long as the action is aligned somehow with your sense of purpose and causes you to get out of your comfort zone. Any action has the potential to lead to inspired results. Then relax into the action and prepare to be amazed!

Previous Post Procrastination – Vice or Virtue Next Post Purpose – What it is and how to find yours!